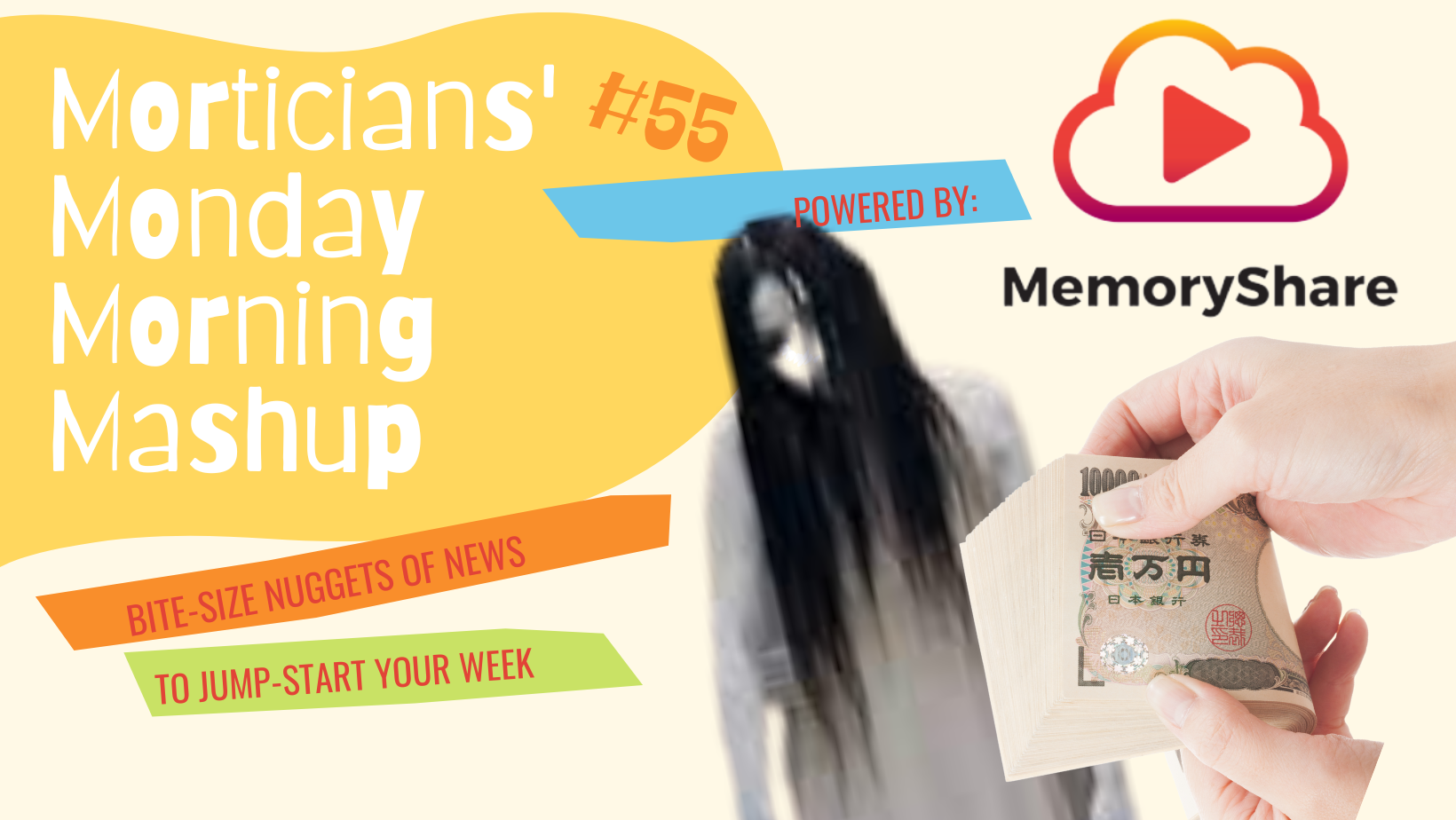 Welcome to the fifty-fifth edition of Morticians’ Monday Morning Mashup, 4M #55, where we’ll serve up bite-sized, easily-digestible nuggets of the deathcare news you need to crush conversations in the week ahead. Bon appetit!

Talk about suspension of disbelief …

As you all know, the stages of grief can happen in any order and stick around for any length of time — but one family in India took the “denial” stage a little too far. A 35-year-old man named Vimlesh died on April 22, 2021, and a death certificate was issued by the local department of health. However, Vimlesh’s family refused to admit he was dead, choosing instead to believe he was in a coma — even as his body began to deteriorate. They used cleaning products to prevent bacteria from growing on his skin, left their air conditioning unit running 24/7, and massaged his body with oil on the regular. Even when authorities visited Vimlesh’s home at the prompting of his employer, the family insisted he was just comatose, not dead. Vimlesh’s body was finally cremated last month — 18 months after his death.

A different and demented type of desecration

A New York man believes a 50-year-old grudge has led his late mother’s ex-husband to continually desecrate her grave by urinating on it and leaving bags of feces near her stone. After Michael Murphy noticed that bags of waste were appearing on his mother’s gravesite, he got permission from the cemetery to set up hidden trail cameras trained on the plot. Sadly, the cameras captured “weeks and months of evidence” that the deceased’s ex-husband — whom she was only married to for a short time in the early 70s before Murphy was born — was regularly visiting the grave to not only leave the bags, but also to urinate on it. Murphy says he has no idea how the man found the location of the grave or what’s behind his actions, but believes his issues “stem back to a problem almost 50 years ago.”

The laws, they are a-changin’

Back in 2016, Indiana’s then-governor Mike Pence signed a law that required abortion clinics to either bury or cremate fetal remains. Pence’s law became a model for similar legislation in at least eight other states. Recently, though, a federal judge barred the state from enforcing the law, stating that the requirements “are contrary” to the Constitutional principles of religious and free speech and the rights of those “who do not believe aborted fetuses deserve the same treatment as deceased people.” It’s yet to be determined if this ruling will impact those other states that modeled their fetal remains laws.

Japanese funerals are getting simpler

A recent Bloomberg article details a growing trend of “low-key sendoffs” in Japan, where traditional Buddhist funerals can easily cost a whopping “quarter of the average annual salary.” That’s about three to four times the cost of the average U.S. and European funeral. The article reports that COVID restrictions have contributed to funeral downsizing, but the exorbitant taxpayer-funded $12 million funeral of slain Prime Minister Shinzo Abe in September added fuel to the fire. Japanese cultural beliefs aren’t helping, Bloomberg adds, as families feel “under pressure to pay whatever they’re told” because “haggling over funeral fees would be considered unseemly.” Opting for a family-only funeral and a one-day event instead of the traditional two-day funeral has helped to curb costs because families don’t feel forced to add extra “frills.”

Three cases involving wrongdoing on the part of a deathcare worker made the news last week as each reached different milestones within their respective timelines.