A Brief History of Headstones 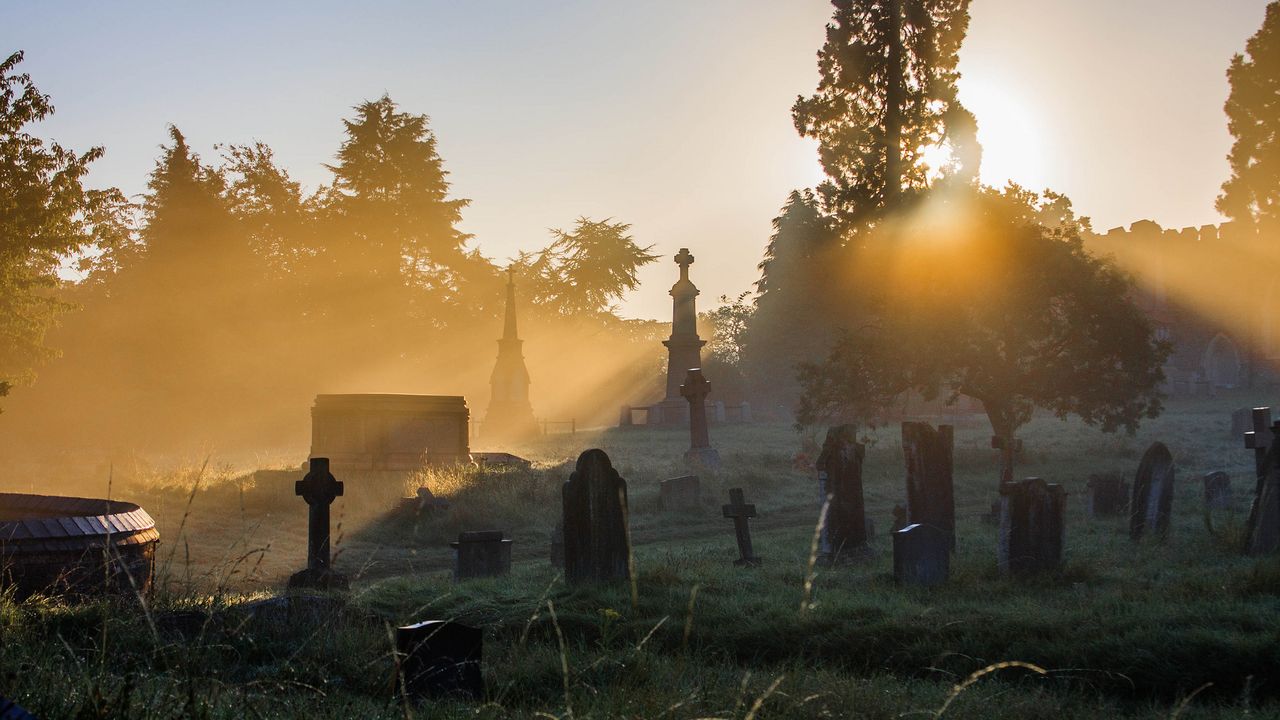 A Brief History of Headstones

It’s that time of year!  “Graveyards” are popping up in neighborhoods and front yards all across this great land: tombstones askew, phalanges and femurs poking up through the leaves, disarticulated skeletons chasing screaming children down the block.

Halloween is pretty much deathcare’s version of Valentine’s Day, with candy for everybody.  And one of the most famous, most recognizable symbols of the season is the humble headstone.

We have a lot of fun with this idea every October in the 21st century, but back in the day, placing gravestones directly over a body had a practical, if somewhat superstitious, purpose — to keep the dead from wandering, whether of their own volition or, later, due to the unfortunate practice of “grave-rifling” (look for more to come on the unique role filled by mortsafes soon).

In those days if you needed to keep the dead in (or the living out of) a grave, a table tombstone was the way to go.  Generally uncommon due mostly to expense, table tombstones were oversized, weighty and difficult or impossible to move, serving to protect the deceased from grave robbery as well as providing a large surface for longer inscriptions. [Really, you’ve got to see them – here are a few prime examples of memorialized upstanding folk of privilege and means. How about this fine-sounding gentleman; or this specimen, splendid for actually using  the words “mouldering” and “gave up the ghost.”  There’s even original, metrical poetry, preserved for the ages literally inscribed in stone.]

Due to the sheer size and overall impracticality, it isn’t surprising that this sort of thing was far more rare than not… but the table tombstone is certainly memorable.  Which is, after all, the point.

The earliest forms of the same sort of permanent markers we now know as “headstones” date from 3,000 BC.  Some of those (Stonehenge, for example) were quite elaborate.  As time went on, the practice and standard evolved to include all manner of materials in many forms.

Often stones were erected in monument form to designated the resting place of entire families (we still see remnants of this practice in American cemeteries to this day, with generally large monuments marking a region by surname and individual family members each having a smaller, personal stone).  Originally reserved for the upper classes or persons of social distinction, over time such stone placement became less rarefied and more common.

Purpose and construction varied widely from region to region and period to period, influenced by the natural resources of the area, religious edicts, and cultural practices of the day.  The Victorian era, for example (1837-1901), with its grand revision of European attitudes towards death, saw the advent of professional mourners, fanciful customs, and increasingly-elaborate grave markers inscribed with names, dates, familial detail, and scripture as well as likenesses and other symbology.

In America, with our abbreviated history, headstones have historically been simpler, undemanding things built out of easily-acquired, workable local resources like limestone, slate, soapstone, and sandstone.  During the Civil War (1861-1873) grave markers were actually made of wood, while Greece, on the other hand, once had an unsurprising marble preference.  Eventually granite’s durability made it an international favorite, which it remains to this day.

Of course, nowadays if a headstone is wanted, each client is positively spoiled for choice.  Whatever one can imagine can be had with relative ease, and technology has made pretty much anything you can imagine both possible and easier to come by… bittersweet abundance in the era of online tributes.

Is Crying Good for You?