Cities of the Dead | Connecting Directors 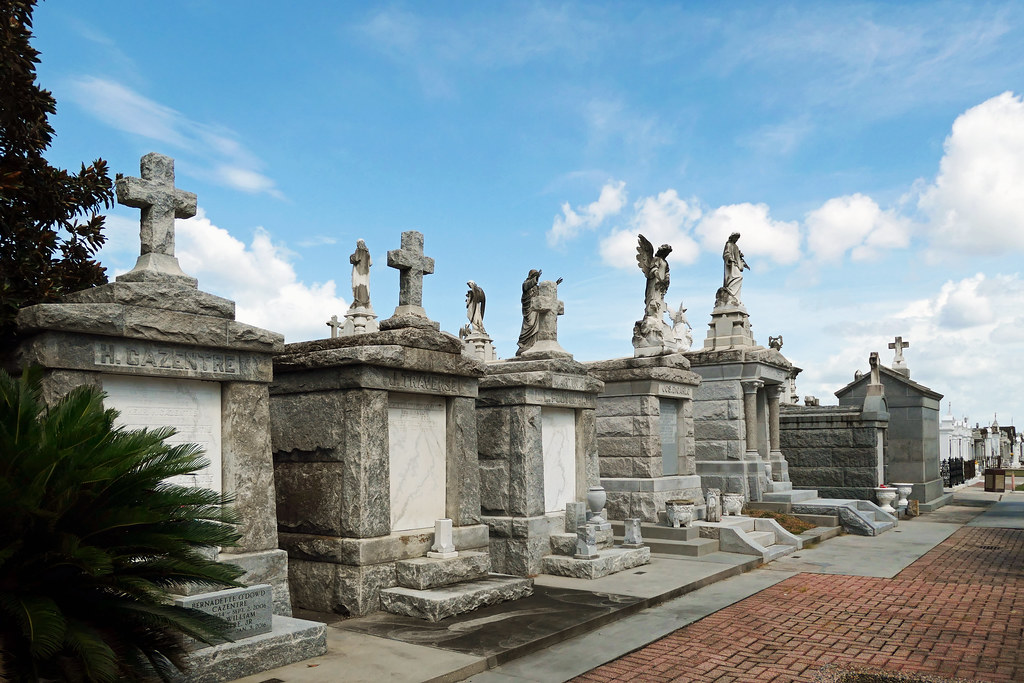 Cities of the Dead

New Orleans is known worldwide for its graveyards.  Crescent City’s gothic mystique imbues its cemeteries with a seductive draw, and who doesn’t like a little atmosphere? If you’re visiting New Orleans, you really rather insist on it.

Located in a natural basin along the shore of the Gulf of Mexico, New Orleans’ high water table necessitates above-ground crypts.  Their visual effect is jarring: lane upon lane of bleached, crumbling facades retreat in layers down gravel or paved paths.  So uniquely, ornamentally odd are they, in fact and in aspect, that they’ve elevated themselves almost to their own sui generis art form. Mark Twain called them “Cities of the Dead.”

Entire destination tours exist simply for the purpose of visiting them. They’ve even spawned their own form of crime: the maze-like lanes of marble, brick, and stone crypts provide the perfect site for muggings, even murders.  Posted signs warn visitors to enter at their own risk.

Resting Place of the Voodoo Queen

The city’s oldest, perhaps most colorful extant cemetery was established in the late 1700s when the previous cemetery reached capacity during an outbreak of yellow fever.  On the edge of the French Quarter, St. Louis Cemetery #1 was originally established in sections for Catholics, non-Catholics, and slaves, but burials progressed in a mazy, unorganized format. Though only the size of one square city block, St. Louis #1 holds over 700 tombs and the remains of more than 100,000 dead.

A hotspot of any of NOLA’s cemetery tours, this is the one best known for a few of its more illustrious residents, including “voodoo queen” Marie Laveau.  Known far and wide for spooky business conducted during her life in New Orleans’ voodoo heyday of the 1800s, as well as for haunting the city in her astral aspect since, Marie Laveau has long been one of the town’s more famed figures, right up there with the vampire Lestat (whose name appears on a tomb in the same cemetery). Word on the street is that she’s easily recognizable by the red and white turban covering her ghostly hair as she disturbs the night, mumbling Santeria curses, appearing displeased, or taking the form of a black cat with eyes of fire.  Voices have reportedly been heard emanating from within her tomb.

St. Louis #1 appears on the National Register of Historic Places.  And that’s just the first one.

New Orleans has its share of cemeteries: 45 in total, with 31 of those considered historic, and 5 listed in the Register of Historic Places.  Some original old cemeteries don’t even exist anymore, having been replaced by parking lots, freeways, and hotels; other famous resting places have sprung up as time and the population have advanced.  Each place shares some of the unique wonder that the region confers on its burial lawns, a southern gulf charm like nowhere else in the country that grants each one a particular, inimitable flavor.

Who could expect anything less from the city that made being dead glamorous, a little fancy, and a little dangerous.