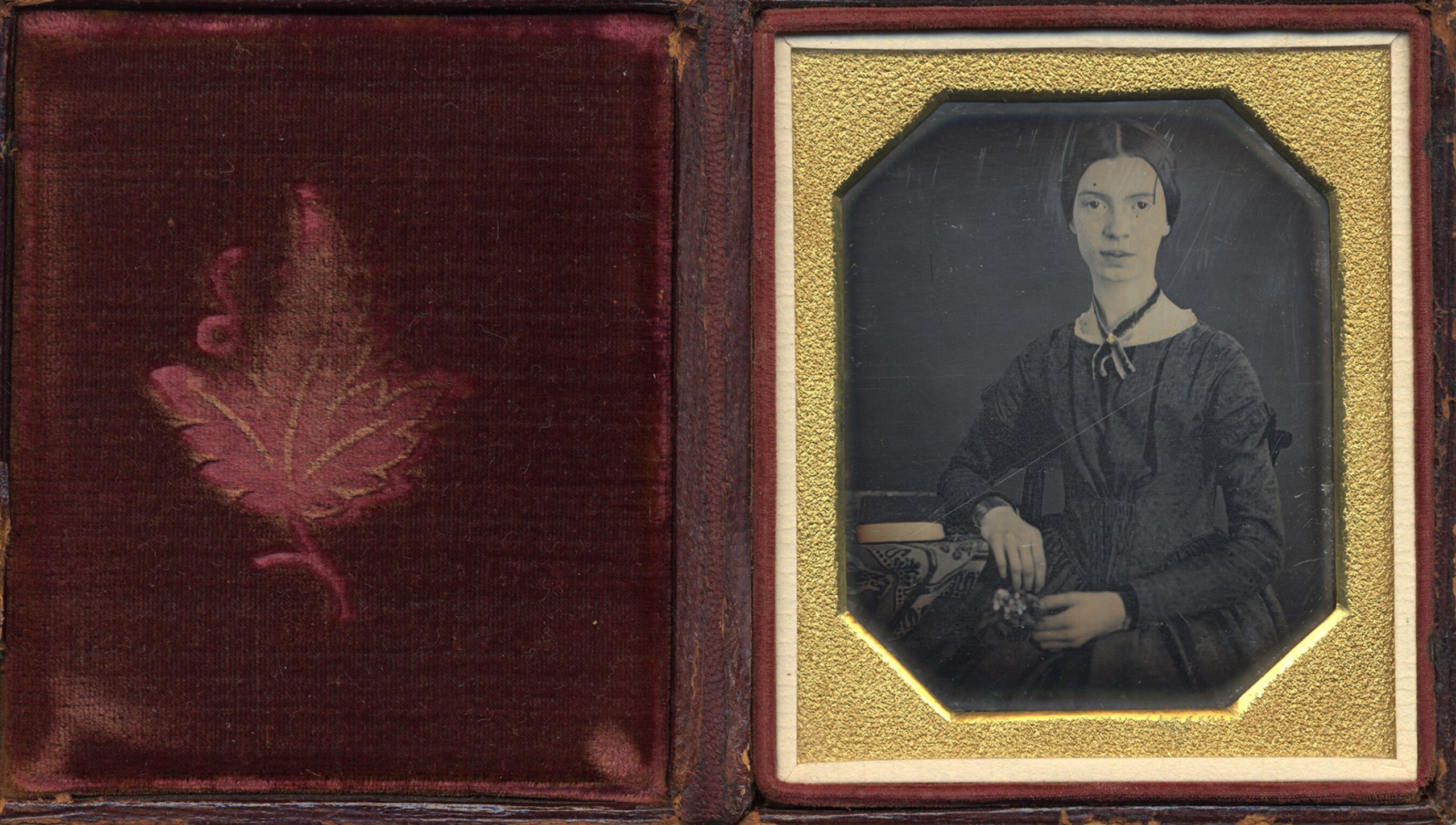 We’d like to thank Mady Wilson for this lovely and refreshing piece on Dickinson and death! Mady is a writer who holds a degree in Literature and recently joined the DISRUPT Media team.

Death is a common theme in poetry. It is something that is often thought-provoking and is a universal phenomenon for all people. However, each poet conceptualizes death in their own unique way. When I think of a poetic image of death, I always go back to Emily Dickinson’s famous lyric poem “Because I could not stop for death.” If you’re unfamiliar with the poem, you can read it here.

Who was Emily Dickinson?

Emily Dickinson (1830-1886) was one of the most prominent poets of the 19th century, and although she was unknown in her own lifespan, she is considered one of America’s greatest poets of all time. Dickinson was born and lived in Amherst, Massachusetts where she attended Amherst Academy which prided itself on its progressive education. She enjoyed her 19th-century curriculum that emphasized science, an emphasis that reappeared in her works, while simultaneously recognizing science’s rigidity. At age 15, Dickinson left the Academy and entered Mount Holyoke Female Seminary, the final level of education for women at that time, though she remained uninterested in its religious foundation. After a year, she returned home where she expressed her dislike for the domestic work expected of an unmarried daughter.

In those years after her education ended, Dickinson remained rebellious against societal expectations such as joining the church and marriage. She wrote passionately to her friends, sending many of her poems to close friend Susan Gilbert who eventually married her brother Austin. She read widely and though she sent many poems to the Atlantic Monthly, only a few were published.

In her adult life, though she celebrated friendship, she also limited the amount of time she spent with other people, choosing to devote time to her writing. By 1865 she had written nearly 1,100 poems. After her death in 1886, her family found nearly 1,800 poems, some of which were published in 1890. A complete volume of Dickinson’s works was published in 1955 while an untempered volume did not appear until 1998.

“Because I could not stop for death”

Like the majority of Dickinson’s poems, “Because I could not stop for Death” was paradoxically published posthumously. One could read this poem as if Dickinson wrote from “beyond the grave”—just another fancy phrase for after death. In reality, a grave does play a big part in this poem while many interpreters focus on the ride itself. “Because I could not stop for Death” explores the inevitability of death as well as the uncertainties of what actually happens to a person when they die. In the poem, the narrator, whom we assume to be Dickinson, takes a ride in a carriage with a personified “Death” who takes her “toward Eternity.” It seems to be a ride of mutual enjoyment, a scenic tour on their way to whatever Dickinson imagined being next while observing the youth of children and the beauty of nature along the way.

Though Dickinson’s expression is unique, Death’s carriage has been replicated throughout the centuries. Centuries ago, the ancient Greek god Hades drove a golden chariot drawn by a team of four immortal, sable-black horses. And today we have another replication of Death’s poetic carriage thanks to the 2019 Apple TV comedy series, Dickinson, which playfully depicts Emily Dickinson’s teenage life with modern speech and blurry historical details. The show actually visualizes several elements of Dickinson’s many works. Most of Dickinson’s readers would recognize the source material from a clip when Emily meets Death, interestingly played by Wiz Khalifa. At this moment from season 1 episode 1, we see Emily, played by Hailee Steinfeld, in a red dress running out of her house during the night. She’s headed to a carriage but we can immediately tell that this is no ordinary carriage as it’s pulled by two ghost horses—wispy and glowing translucent-white. She enters the carriage, smoothes her dress, and meets the eyes of Death, the ever chill persona of Wiz Khalifa.

This is where Dickinson veers away from the confines of “Because I could not stop for Death.” It seems as if Emily and Death have met before. Upon Death’s greeting, Emily tells him he’s “late,” seemingly reversing the first lines of the poem:

Because I could not stop for Death–

He kindly stopped for me–

In this clip, Emily implies that she’d prefer to die sooner rather than later, at least in her teenage angst. During their conversation, Death subtly reveals Emily’s poems will become famous saying “Publicity is not the same thing as immortality,” and encourages her to break the rules for her poetry and her autonomy. More seriously, Emily asks when Death will come for her, i.e. when she will die. When he replies it will be many years, she grows melancholy asking why he takes so long. From this interaction, viewers can see how comfortable Emily, the fictional and the historical, is with Death and curious about her inevitable end. All the while, Billie Eilish’s “bury a friend” plays ironically in the background. This clip emphasizes the journey while she is still living her life; the poem emphasizes the journey at the end of her life. This clip and Dickinson as a show give us a conception of what Emily thought about death and her poetry in different parts of her life.

While readers and TV producers alike are intrigued by the carriage, I have always been intrigued by the stanza that talks about Dickinson’s grave. The first I read this poem in 8th grade, my teacher had to draw this stanza out on the board for us to understand what Dickinson was conveying. The second to last stanza says:

We paused before a House that seemed

A Swelling of the Ground –

The Roof was scarcely visible –

The Cornice – in the Ground –

Picture a simple outline of a house. Add a decorative molding on the slanted lines, reminiscent of a lace collar. And then picture it sinking into the ground. What do you have? A headstone. I remember being in awe of this revelation and I imagined what it would be like to see your own grave.

Dickinson emphasized that she and Death paused before her grave before the carriage took her “toward Eternity” in the last stanza. At this moment Dickinson and Death are simultaneously moving and staying still. To me, Dickinson lets us choose for ourselves if we think her grave truly is her home or if they have not yet reached her new home. Should a grave be considered a home, a final resting place? Or is it just a stop? Or would Dickinson tell us that a rigid yes or no defeats poetry? All in all, “Because I could not stop for Death” speaks of inevitability without grimness, reminiscence without sadness, and a reflection on moments in time. How would you imagine a carriage ride with Death?