Do You Trust A Robot Car To Save Your Life?

A 1962 Chevrolet Corvair Monza convertible. The Corvair was one of the cars most heavily criticized in Ralph Nader’s seminal 1966 book on the deadliness of automobiles. Now safety advocates are worried about deaths from self-driving vehicles. (Photo Courtesy of Wikipedia)

On March 18, 2018, a woman named Elaine Herzberg was pushing a bicycle laden with shopping bags across a four-lane street in Tempe, Arizona, when she was hit by a self-driving Uber test vehicle traveling at 43 miles per hour. Herzberg was rushed to the local hospital, where she expired of her injuries, becoming what is now regarded as the world’s first pedestrian death by a self-driving vehicle. Apparently, the driver was streaming an episode of “The Voice” and distracted, while the car, a Volvo XC90, only detected Hezerberg 5.6 seconds before the impact.

However, a vehicle-related self-driving death had already occurred on May 7, 2016, in Florida. The crash involved a Tesla Model S, which crashed while in autopilot mode. The driver, Joshua Brown, had put the car in autopilot mode, expecting it to drive itself while on the highway. But, apparently, the Tesla’s autopilot sensors failed to recognize a white tractor-trailer crossing the highway. “Unfortunately, the AV failed to distinguish the 18-wheeler truck that crossed the highway; hence it attempted to drive through it at full speed,” stated a recent article on the site PolicyAdvice, featuring a variety of self-driving car statistics. The Tesla driver died from the injuries sustained in the crash.

Not all self-driving vehicle crashes are this dramatic. In fact, many appear to be relatively minor. Like when a Google self-driving car crashed for the first time in February 2016. The vehicle was a Google autonomous Lexus SUV, driving in autonomous mode, and crashed with a bus. The Lexus was said to be traveling at 2 miles per hour, whereas the bus was traveling at 15 miles per hour. No injuries were reported.

Meanwhile, carmakers are moving forward toward a future that seems to be more and more self-driving. In 2015, the Audi SQ5 made a 3,400-mile trip to New York from San Francisco. In March 2020, Waymo Via, an autonomous trucking company, began testing its Class 8 trucks out of the Dallas-Fort Worth area. These Peterbilt 579 truck drivers are equipped with an array of cameras and sensors and will run to El Paso using Interstates 20 and 10 and to Houston by way of Interstate 45. The drivers will first drive the routes manually, and after that, the autonomous software will take over.

“Some believe that they are going to be the future of the business and make roads safer; others believe that they are dangerous and will only cause more accidents on the open road,” notes the article in PolicyAdvice. But, “at the end of the day, it’s safe to say that autonomous cars are here to stay.”

The prospect of change in the automotive industry is frightening for many, as it always has been in the transportation industry. But history shows that earlier transitions were also scary and deadly, perhaps much more deadly. Take the first recorded pedestrian death from a motorized vehicle accident. Her name is Bridget Driscoll, and according to her Wikipedia entry, she was in the company of her teenage daughter, May, and her friend, Elizabeth Murphy, “crossing Dolphin Terrace in the grounds of the Crystal Palace in London when she was struck by a car belonging to the Anglo-French Motor Carriage Company that was being used to give demonstration rides.” One witness described the French Motor Carriage Company car as traveling at “a reckless pace, in fact, like a fire engine.”

In fact, the maximum speed of the car that hit Driscoll was just 8 miles per hour, which at the time was extraordinarily fast for a motorized vehicle. Although the driver, Arthur James Edsall of Upper Norwood, claimed to have been traveling at just 4 miles per hour, his passenger, Alice Standing of Forest Hill, alleged the driver had modified the engine to allow the car to go faster. But another taxicab driver examined the car and said it was incapable of exceeding 4.5 miles per hour because of a low-speed engine belt. The collision happened just a few weeks after a new Act of Parliament had increased the speed limit for cars from 2 miles per hour in towns and 4 miles per hour in the countryside to 14 miles per hour.

The jury in Driscoll’s case returned a verdict of “accidental death” after an inquest lasting some six hours. Interestingly, the coroner said he hoped “such a thing would never happen again.” Fat chance. While Bridget Driscoll remains the first recorded pedestrian to be killed by a motor car in Great Britain, she certainly has not been the last. The Royal Society for the Prevention of Accidents estimated that by 2010, 550,000 people had been killed on UK roads.

Meanwhile, in the US alone, in 2020, there were 38,824 people killed in motor vehicle crashes. Although cars in the US are much safer than they used to be, this is largely thanks to Ralph Nader’s seminal 1966 investigative book, Unsafe at Any Speed, a deeply technical expose of the automobile industry’s safety practices.

Of course, right now, those people pushing self-driving vehicles are doing so with the claim that they are much safer than human-driven vehicles. And they may well be, although we won’t really know for sure until we let them on the roads in large numbers and add up the statistics. That’s a scary prospect for many people. In the end, our fear of these types of vehicles may stem more from the handing over our free will and decision-making capabilities to a machine than the actual risk. But, as long as humans are behind the wheel of our lives, this is still an important point to consider!

“It’s beginning to look a lot like Christmas, everywhere you go.” Do you hear Bing Crosby and Michael Bublé renditions... 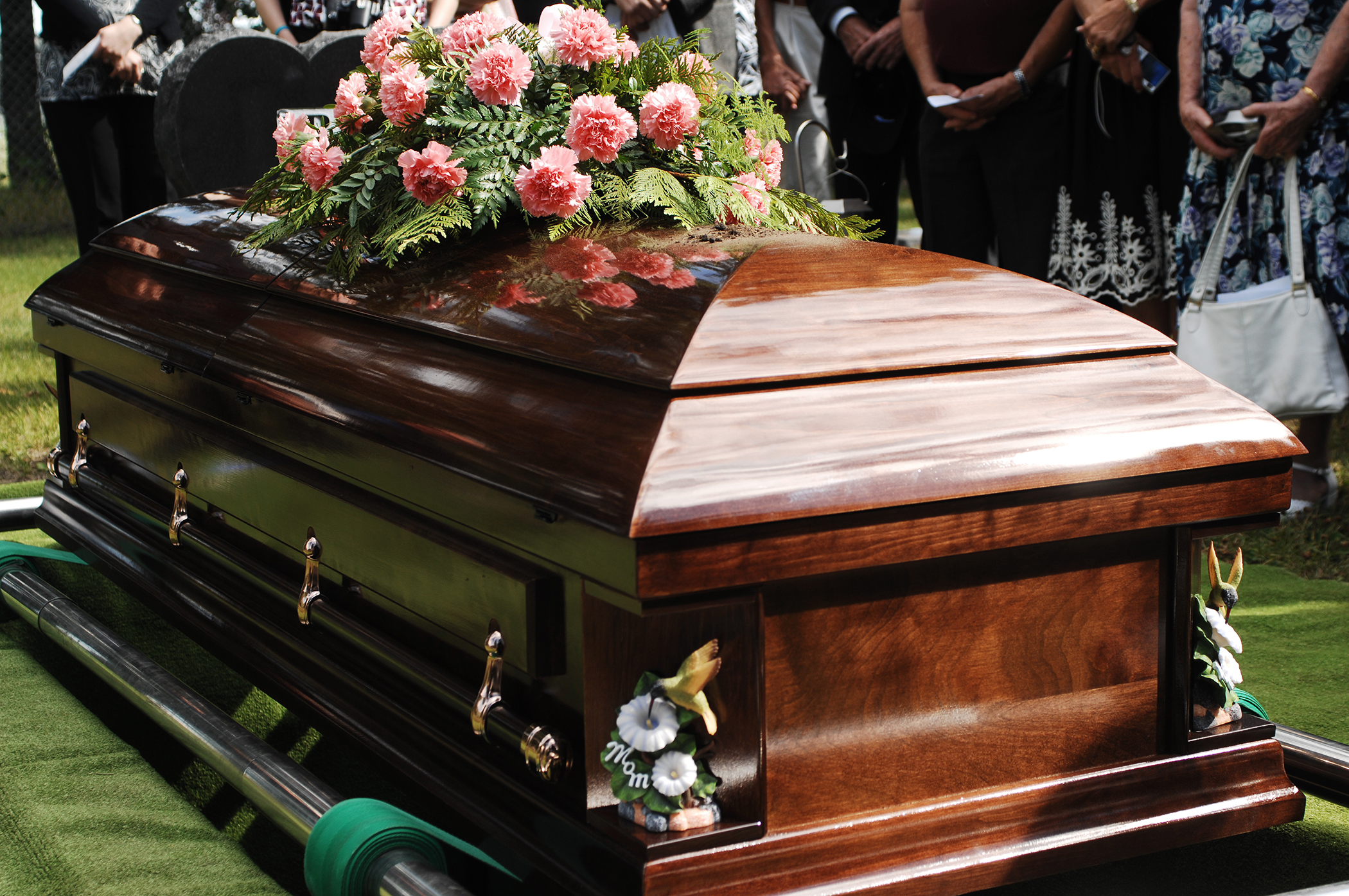 What is a Woodland Burial? | Respect

A lot of people have never heard of a woodland burial before and that’s expected. Woodland burials aren’t as popular...

Direct Funeral – Funeral Prices to Consider When Planning A Funeral

We know that planning a funeral is something no one wants to have to think about, let alone do. Here,... 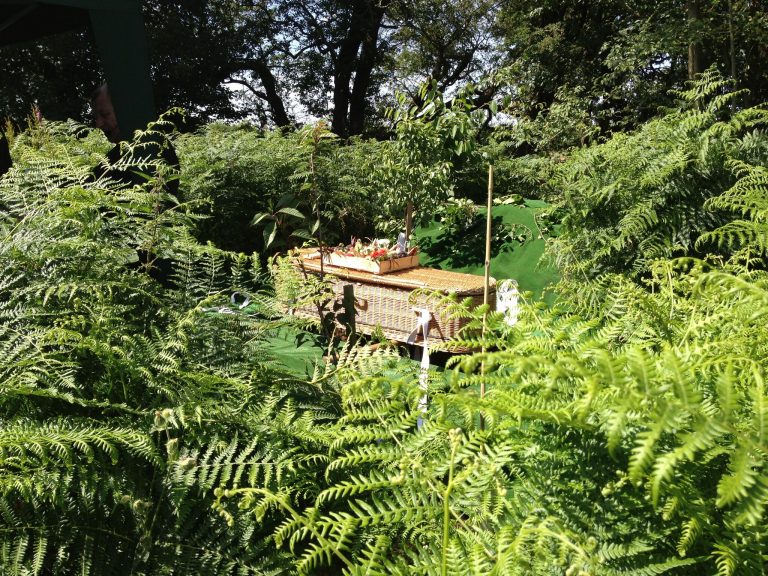 It is 2018, which means change is all around us. However, we came into the world naturally, with as little...

The 10 Most Surprising Things about Deathcare