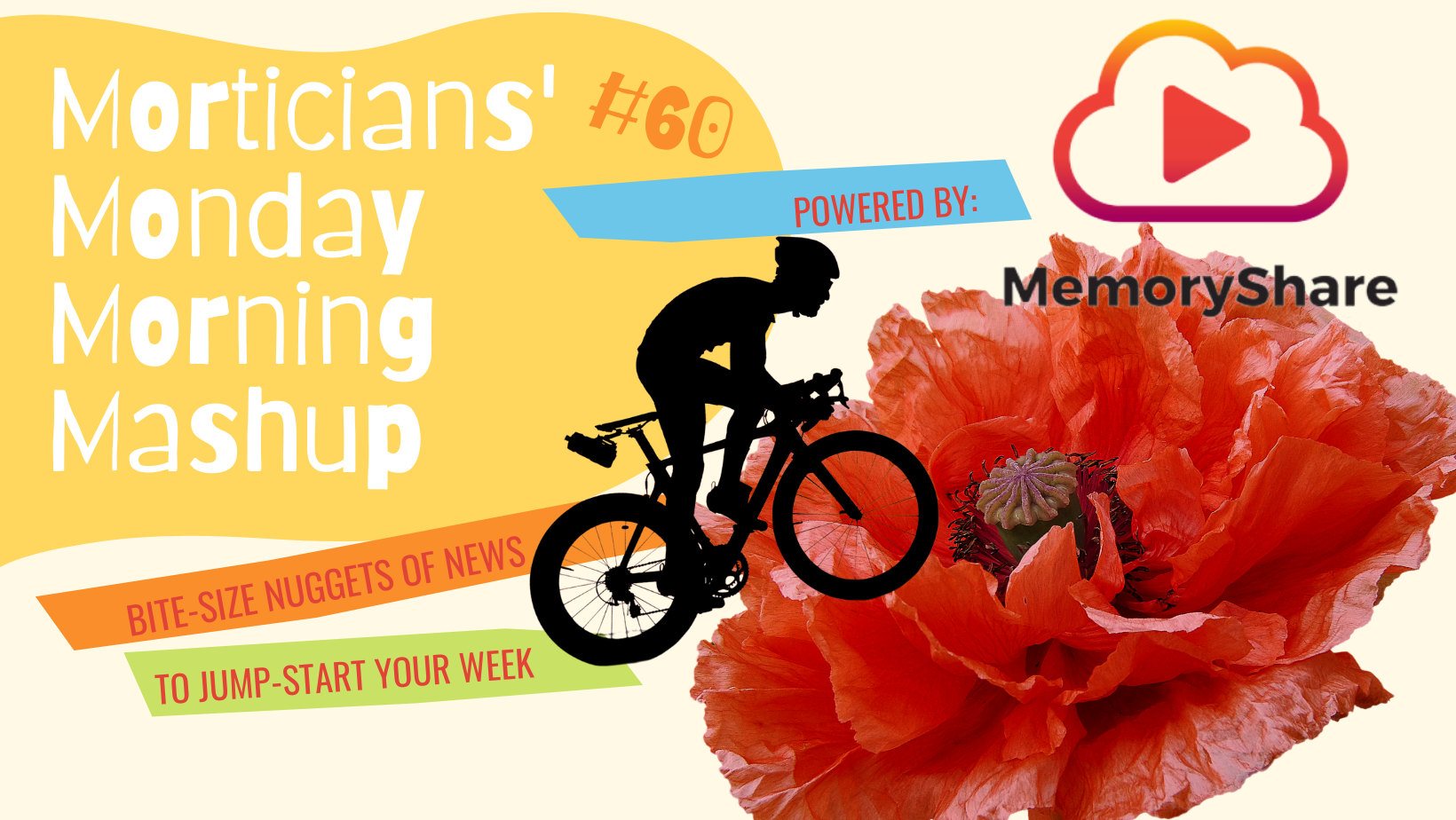 Welcome to the sixtieth edition of Morticians’ Monday Morning Mashup, 4M #60, where we’ll serve up bite-sized, easily-digestible nuggets of the deathcare news you need to crush conversations in the week ahead. Bon appetit!

Today there are more ways to have an environmentally-friendly homegoing than ever before. Now one of the last barriers to a no-impact disposition — transportation of the body, usually in a gas-powered vehicle — has been solved. Enter the ‘Corbicyclette’, a mash-up of the French words for hearse and bicycle. It’s the brainchild of Isabelle Plumereau, the owner of The Sky and the Earth funeral home in Paris. According to this article in Euronews.Green, vehicles similar to Isabell’s two-meter-long hearse/bicycle already exist in the United States and Denmark. If your facility has one of these totally awesome machines, please let us know!

As the war in Ukraine slogs on, the death toll on both sides of the strife continues to grow. In the event of the death of a Russian soldier, hermetically-sealed zinc caskets are used to transport and/or store the remains. As one Russian newsletter explains, unsealing one of these caskets is usually forbidden; for example, in cases where more than a month has passed or the body is significantly disfigured. Last week, though, several of these caskets were found in a dumpster in the city of Belgorod, sparking outrage toward those who discarded them. Although the story explains that the caskets were likely abandoned because the deceaseds’ families preferred a traditional wooden casket, police are looking for the “negligent funeral workers,” promising punishment “in accordance with the law,” and that “these people will never again take part in farewell ceremonies for our dead soldiers.”

This could be the best op/ed title ever

Scott Romeiser is a funeral home worker who also writes for the Emporia State University (of Emporia, Kansas) student publication, ESU The Bulletin. Last week — on Halloween, coincidentally — Romeiser shared his end-of-life choices in a piece entitled “I want to rot in a box.” Not only does he want embalming (which he also describes in the article) and a traditional burial; he also hopes he gets the “nicest plot and the most comfortable casket; I don’t care if it costs my family $10,000.” Well alrighty then!

In another not-so-subtly-timed Halloween day article, we meet Maikayla Gutierrez, a mortician-in-training/rapper/Santeria practitioner/alchemist/entrepreneur of spiritual products (yes, that’s a lot of slashes). Maikayla works in the funeral service in Wisconsin as herself, but DJs and raps under the name “Puerto Wiccan.” Maikayla is one interesting person, and you can read more about her various avocations here. However, she’s definitely well-intentioned, and as she told OnMilwaukee, “I feel that being a mortician connects with me personally because as a person I like to create beauty within the darkness.”

Tutu, the one and only

We love local traditions and observations, but celebrating the existence of your state’s “only mummy” is a new one for us. Last Saturday, the Mabee-Gerrer Museum in Shawnee, Oklahoma hosted Mummy Day in honor of Tutu, Oklahoma’s only mummy. A female who was mummified between 150 and 100 BCE in Egypt, Tutu was originally displayed in a museum in Glen Island, New York until she was auctioned off to Father Gregory Gerrer, the Shawnee museum’s founder, in 1921. New York’s loss is definitely Oklahoma’s gain.

As we’ve said before, we love to see positive stories about deathcare in non-deathcare publications. Other than the story about Solace that appeared in the iconic marketing mag Ad Age in August, we’ve rarely seen funeral homes called out for their brilliant branding. In October, Promo Marketing magazine, a publication that focuses on promotional marketing material (more commonly known as “swag” or “merch”), wrote about Poppy’s, a UK funeral home that “has made branding part of its mission to reinvent the way we think of the funeral and memorial process.” Poppy’s worked with a creative agency to create its brand, which uses “simple” graphics, “gentle” typography, and colors that “take their cue from the way ‘light passes through poppy petals, revealing subtle variances in light and tone.’” Sadly, although the story appears in a promotional marketing magazine, it doesn’t share any actual swag Poppy’s offers. Instead, the lesson merch companies can learn is that it’s ok to “challenge the status quo and break tradition,” but it must be done “delicately,” like Poppy’s did.

In other news, a few of our fellow funeral folks have gotten themselves in some hot water. In Memphis, a now-former funeral home employee has been charged with theft of property and forgery after writing himself $166,000 in fraudulent checks from the funeral home’s account over 18 months and cashing them at a local liquor store. Over in South Carolina, a funeral home owner was charged with three counts of tax evasion for not charging sales tax on all of his retail sales.

This Funeral Home Just Shut Down the Competition | FFFW 110

Do You Trust A Robot Car To Save Your Life? 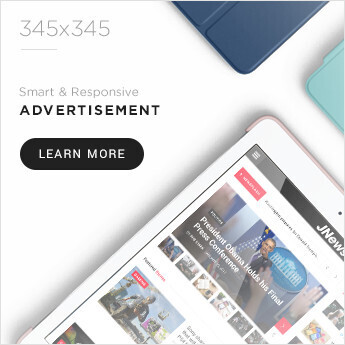