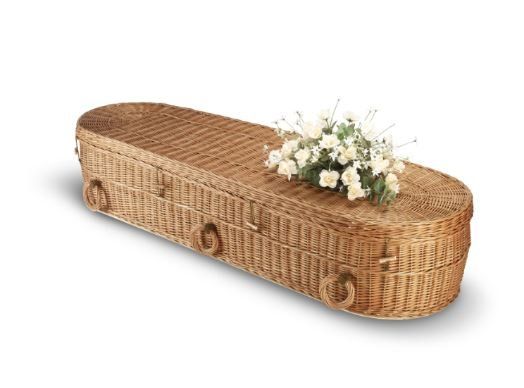 From
elaborate fantasy coffins in Ghana to open air cremations in India, there are a
huge range of funerary traditions all over the world. Whether traditional or
alternative, they have all formed as a result of years of history and cultural
shifts. However, the way in which we transport and store the deceased is
something that hasn’t changed much since ancient times.

Coffins and
caskets, or similar vessels, are a crucial part of saying goodbye to our loved
ones; it’s where they’re stored and kept safe, and also what they’re buried in
during a funeral ceremony. But where did this tradition begin? In what ways has
it evolved over time? And what aspects of coffin use have remained in our
funeral traditions today?

Archaeological
evidence suggests that Neanderthals and early civilisations buried their dead
in shallow graves, however this was simply to deter scavenging animals rather
than for a ritualistic tradition. Whilst they sometimes used basic stone
coffins, it wasn’t until the Ancient Egyptian era that decorative, honorary
coffins became commonplace, known as sarcophagi. In this blog, we explore the
history of the coffin, beginning with Ancient Egyptian sarcophagi, all the way
up to eco-friendly wicker coffins in the modern day.

Whether a
cat, a human or anything in between, it’s common knowledge that the Ancient
Egyptians mummified the dead. This was a particularly long and thorough
embalming process that took around 70 days; all of the organs were removed
apart from the heart, as they believed it was the centre of emotions and
intelligence. The reason the Egyptians put so much time and effort into
preserving the body is because in Ancient Egypt, death was simply seen as an
obstacle to the afterlife. By maintaining the physical form of the deceased,
the spirit or soul could be guided towards a utopian afterlife- the ultimate
goal for people at the time.

In order to
properly conserve a body, a coffin – or sarcophagus – was a crucial aspect of
the mummification process. In Ancient Egypt, sarcophagi were typically made of
stone and adorned with elaborate sculptures and inscriptions. They were held in
tombs, of which the walls would be painted with scenes of the dead persons
life, again leading them towards an afterlife in paradise.Unsurprisingly, it
was only the rich and highly-esteemed Egyptians that were buried in such tombs-
the poor would have just been buried in the sand by their close relatives.

One of
Ancient Egypt’s- if not the world’s- most famous coffins is Tutankhamun’s
Golden Sarcophagus. This golden plated wooden coffin has an ornate lifesize
image of him on the lid and has miraculously stayed intact since ancient times.
It was first discovered in a tomb in 1922 in the Valley of the Kings, Luxor,
but this year, it has been moved for the first time. Experts are restoring the
impressive artefact so that it can be displayed at the new Grand Egyptian
Museum- a magnificent symbol of the evolution of the coffin as we know it
today.

Despite
early coffin use amongst some ancient civilisations, the tradition didn’t
necessarily stick. The strong sense of spirituality that was present in Ancient
Egypt meant that the dead were treated with the utmost respect, however, all
cultures and societies have different beliefs about death and the afterlife and
as a result, some didn’t treat the deceased in the same way.

In medieval
Europe, the most common way to handle the dead was through inhumation, which
essentially meant burying the corpse directly into the ground. Cremation was also
commonplace, as it was a quick and easy way to deal with the body. Whilst there
were various rituals- predominantly Christian traditions- that would have been
carried out during the burial or cremation, the time taken to handle the
deceased was minimal in comparison the Ancient Egyptian traditions.

Historians
aren’t sure how much coffins were actually used because, if they had been used,
they would have predominantly been made from wood and therefore won’t have
survived as archeological evidence. Yet, some coffins have survived from the
period- these are made from lead and stone and were more than likely reserved
for wealthy, important individuals within the community, such as medieval
clerics.

Although not
a coffin as such, some Germanic medieval civilisations carried out ship burials
where the corpse was placed in a small, canoe-like ship and sent out to sea to
be set alight. This is probably the closest thing to wooden coffins that the
medieval people would have used and that historians are aware of.

Jumping
ahead a few centuries, coffin use was now widely used in Western culture,
particularly by the British and their colonies around the world. The North
American Colonies were made up of Brits, however, after a couple of hundred
years of life on American soil, they wanted to develop their own traditions.
When it came to death and burial, The American Civil War of 1861-1865 offered
up an opportunity to do this.

The Civil
War saw a shocking level of violence and a larger scale of death than the
country had ever seen before. Americans had to transport their dead soldiers
safely and securely, but also wanted to celebrate and ‘beautify’ death. The war
was so horrific that they wanted to distance the living from the unpleasantness
of death, so created six-sided grand caskets with no tapering at the bottom to
replace the smaller coffins that had been used before. These caskets were not
only less obviously ‘human-shaped’, but were also far more refined.

Americans
also chose to move away from the word ‘coffin’ which had for so long been associated
with death, opting to use the term ‘casket’ instead. This had connotations of
vessels used to transport precious goods- overall, a more respectful way to
honour the fallen. What’s more, coffins were associated with the original
British settlers; using caskets allowed them to create their own funeral
traditions as an independent country. However, over in Britain, the Victorian
era was booming and the idea for more elaborate caskets was simultaneously
catching on there too.

The
Victorians are renowned for having an ‘obsession’ with death and whilst this
may sound rather morbid, one of the reasons for this is actually a positive
thing. At the turn of the 19th Century, life expectancies increased
dramatically, which meant that early deaths were worthy of elaborate mourning.
Another reason for the Victorian preoccupation with extravagant funeral
traditions was the death of Prince Albert in 1861, to which Queen Victoria
responded with dutiful mourning, wearing black everyday for the rest of her
life to grieve her husband’s death.

In Victorian
Britain, funerals were huge events that even poor families would spend a lot of
money on. Working class people would save up, even scrimping on food and
clothing to host funerals. Ironically, it is likely that they probably lessened
the life expectancy of their children in saving money for their funerals. The
money would go towards grand funeral processions; a convoy of transport,
ostentatious flowers and decorative caskets. By the end of the 19th Century
these funeral traditions had become standard for most families, leading to the
etiquette of funerals that we still follow today.

In terms of
coffins and caskets, much like the funerals themselves, these also became more
elaborate, mirroring the American tradition of ‘less human’ shaped caskets
instead of narrow, tapered coffins. Victorian caskets were far more spacious
and included expensive features like brass handles, burial shrouds and breast
plates. Poor families would have wooden or wicker caskets, whilst wealthy
families opted for cast iron caskets in order to deter grave robbers. At the
funeral, the casket would be elaborately dressed with funeral flowers and
pictures of the deceased- much like the traditions we still follow today.

Whilst the
funeral industry here in the UK strongly reflects the values of Victorian
Britain, honouring the deceased with elaborate funeral transport
, black mourning dress and decorative flowers
, there are some contemporary customs
seeping in. Most notably is the emergence of eco-friendly funerals
, which involves CO2 neutral coffins
and natural burials. Funerals should always be personalised and align with the
life and values of the person who passed away, so if they lead an eco-friendly
life, why not make sure their death is sustainable too?

Modern
coffins are comprised of a variety of materials, from chemically-treated wood
products with synthetic glues to hard-wearing metal elements that take a long
time to degrade, if ever. What’s more, they are not necessarily manufactured
locally and are often made in China or eastern Europe and transported via air
freight or shipping. This entire process obviously contributes to carbon
emissions being released into the atmosphere, so for the environmentally
conscious amongst us, a more sustainable option is required.

Wicker
coffins are a popular choice for families with a green philosophy as not only
do they utilise natural materials, but they are also entirely biodegradable.
Opting for burial itself is also more eco-friendly than cremation, as this uses
a lot of energy and raises the carbon footprint of a funeral process. A simple,
natural burial with biodegradable products is much better for the environment
and is a far cry from the exhibitionistic funerary traditions of Ancient Egypt
all those years ago.

Normington
& Sons is one of Wakefield’s oldest funeral homes, offering professional
and compassionate funeral services since 1957. Over the years, we’ve seen
traditions change and evolve, but what hasn’t changed is our dedication to
helping families say goodbye to their loved ones in a way that reflects the
life they lived.

From burials
and cremations to funeral transport and memorial headstones, there’s nothing
our team of funeral directors can’t help you with. With Normington & Sons,
you can rest assured that the service you receive will tend to every need and
requirement, keeping you within budget whilst also arranging a funeral ceremony
that involves everything you and your family wanted. To find out more about our
comprehensive range of funeral services, please don’t hesitate to contact us today.

The Most Popular Locations to Scatter a Loved Ones Ashes Controversy of A President’s Death, and Health, From Biden to Trump, King Tut to JFK

King Tut ruled Egypt as a child and teenager more than 3,000 years ago, then tragically and mysteriously died. Questions...

The Most Popular Locations to Scatter a Loved Ones Ashes