A coronation portrait of Queen Elizabeth II by Cecil Beaton, 1953.

On Thursday, September 8th, at 3:10 pm, the Queen of England, Queen Elizabeth II, passed away at Balmoral Castle, the British royal family’s sumptuous estate house in Aberdeenshire, in the north of Scotland. The cause of death, according to her death certificate, released last week by the registrar general of Scotland, was “old age.”

The Queen was 96 years old and the longest-reigning monarch in British history. She lived almost as long as her husband Philip, who passed away at Windsor Castle at the age of 99, the longest-lived male member of the British royal family. The couple, who were third cousins, had met more than 80 years prior, in 1939, when Elizabeth, then a young 13-year-old princess, accompanied her parents, King George VI and Queen Elizabeth, to the Royal Naval College at Dartmouth. With her sister Margaret, she was escorted by one of the cadets, Prince Philip of Greece. It wasn’t the first time the two had met, but “it was the first time she took an interest in him,” the BBC reported in their obituary of the Queen. “Elizabeth was clearly in love with him. She kept his picture in her room, and they exchanged letters.”

On November 20, 1947, the couple was married in Westminster Abbey. Five years later, while on an overseas tour in Kenya, Elizabeth’s father, the King of England and a longtime smoker, succumbed to lung cancer. Despite his illness, the turn was unexpected, and Elizabeth got the call while at a game preserve with Philip that she would be the new Queen of England. Her Coronation, in June 1953, was televised the world over, a novelty for the conservative Royal Family. But in her 70 years as Queen, there would be many firsts, and the world would crumble and rise again before her eyes time and again.

“She became for many the one constant point in a rapidly changing world as British influence declined, society changed beyond recognition, and the role of the monarchy itself came into question,” said the BBC. She would guide her people through war and peace, industrial decline and technological reawakening, natural disasters, and environmental mishaps, and it would all be documented moment by moment for the world by the media, an endless array of documentaries and profiles, and most recently, the hit Netflix television series, The Crown. When her body lay in state last month at Westminster Hall, the line of subjects looking to say goodbye stretched nearly five miles long. Tributes and flowers, and cards continue to pour in. But how long will this goodbye of a Queen last, and how long is it even supposed to last?

According to the official government guidance, the UK’s period of national mourning lasted only ten days, from the day the Queen died on September 8th until the end of the day of the Queen’s funeral, which took place on Monday, September 19. Many businesses were shut, and that day was declared an official bank holiday; however, “there is no obligation on organizations to suspend business during the national mourning period,” Time Out UK reported. Meanwhile, members of the royal family, as well as royal household staff and representatives, are intended to mourn a little longer. In this case, they remained in mourning until September 26, seven days after the funeral. Although, really, it is all a bit of a gray period. Many Royal Family experts believe that the country will remain in a state of grief and not truly be able to move on and experience full closure until King Charles III’s coronation, which is due to take place next Spring or Summer.

It all might seem like a lot of mourning, but as students of grief know, mourning in today’s Britain is nowhere near what it used to be.

One of the most famous periods of lengthy mourning came during the United Kingdom’s Victorian era, which was the period of Queen Victoria’s reign, from June 20, 1837, until her death on January 22, 1901. It was a rule almost as long as that of the late Queen Elizabeth II.

At The Victorian Web, a website on the literature, history, and culture of the Victorian Age can be found excerpts from a book published in London in 1888 entitled, “Manners and Rules of Good Society, Or, Solecisms to be Avoided by a Member of the Aristocracy.” The book laments that “The Various Periods of Mourning for relatives have within the last few years been materially shortened, and the change generally accepted.” This book lays out the rigid rules of mourning in the United Kingdom and points toward the differences in mourning customs between members of the Royal Family and the general public.

“Court Mourning when enjoined is imperative, the orders respecting which are minutely given from the Lord Chamberlain’s office and published in the official Gazette,” reads Manners and Rules of Good Society. “But these orders only apply to persons connected with the Court or to persons attending Courts, Levées, State Balls, State Concerts, etc. When the order for general mourning is given on the death of any member of the Royal Family, the order applies to all. However, it is optional whether the general public complies with it or not.”

As for mourning garments, the most interesting restrictions befall the widow. A crape, the richly folded black silk that composed the mourning veil, was to be worn for one year and nine months, and for the first twelve months, the dress was entirely covered with crape. But even then, in the late 1880s, the rituals of the Victorian Age were apparently falling out of style. “The newer fashion in widows’ mourning is to wear crape as a trimming only, and to discontinue its wear after six or eight months,” states Manners and Rules of Good Society, “while some few widows do not wear it at all during their mourning.”

There are other rules of dress, and they become quite intricate. For example, “the period for wearing the widow’s cap and the veil is a year and a day.” And “after the first year, white neckbands and white strings to the bonnet may be worn—also hats in place of bonnets. Further touches of white may follow during the next three months. After a year, gold ornaments may be worn; diamonds earlier.”

Rigid as these rules may seem, one must remember that outside the boundaries of our own societal experiences and memories, rituals that, to a member of another group, are merely life as usual and seem outlandish and strange to others. In Thailand, an essential part of the mourning of a King or Queen involves bathing.

On October 13, 2016, the beloved King Bhumibol Adulyadej of Thailand died at 88. The following day, a year-long mourning period was announced, and an autocade carried the late king’s body from the hospital to the Grand Palace. “As the cortege passed Arun Ammarin Road, Phra Pin Klao Bridge, and Ratchadamnoen Road, crowds of Thais, most clad in black and many openly sobbing, paid homage,” reads the Wikipedia entry on the King’s death. “Upon arrival at the palace, the body was given the bathing rite, presided over by the late king’s son, King Vajiralongkorn.” The event was broadcast live on television, and later that day, the general public was allowed to take part in a symbolic bathing rite in front of the king’s portrait in a pavilion within the Grand Palace.

The entry notes, “the king’s body lay in state at the Dusit Maha Prasat Throne Hall of the Grand Palace for one year, with daily rites for 100 days.” And “special rites attended by King Vajiralongkorn were held to mark the 7th, 15th, 50th, and 100th days since the king’s death.”

A site on China’s history provides another interesting caveat to the mourning of rulers. While in the United Kingdom, the tradition has been for those closest to the Royal Family to mourn the longest, this page explains that in the country’s imperial age, the official mourning period was often shortened for state officials to prevent an interruption of bureaucratic processes. For example, Emperor Wen, who ruled from 180-157 BCE in the early Former Han period, shortened the mourning period of the emperor, princes, ennobled persons, and high ministers to just 36 days. But a substantial three-year period remained standard among commoners and normal state officials.

It is clear that when it comes to royal mourning, numbers and dates and days passed since the death all become an essential part of the ritual. Blood relations are important, but it is also essential that the general public have ample time to pay their respects and say their goodbyes to the deceased ruler.

Meanwhile, back to the present day, the death of Queen Elizabeth II has been felt far from the shores of mother England. “Queen Elizabeth II has sparked surges of sympathy across the globe, with officials airing out condolences and shared grief,” the site Egyptian Streets reported. The Egyptian President Abdel Fattah Al-Sisi, and First Lady Entessar Al-Sisi both made statements on the Queen’s passing. Of course, in today’s world, rulers still mourn other rulers in person and on Twitter.

“I present my extreme condolences,” Al-Sisi wrote on the popular social media site, “on my behalf and behalf of the Egyptian People to the Royal Family, the British government, and the people of the United Kingdom in the death of Queen Elizabeth II, who ruled her country for long decades with great wisdom.” 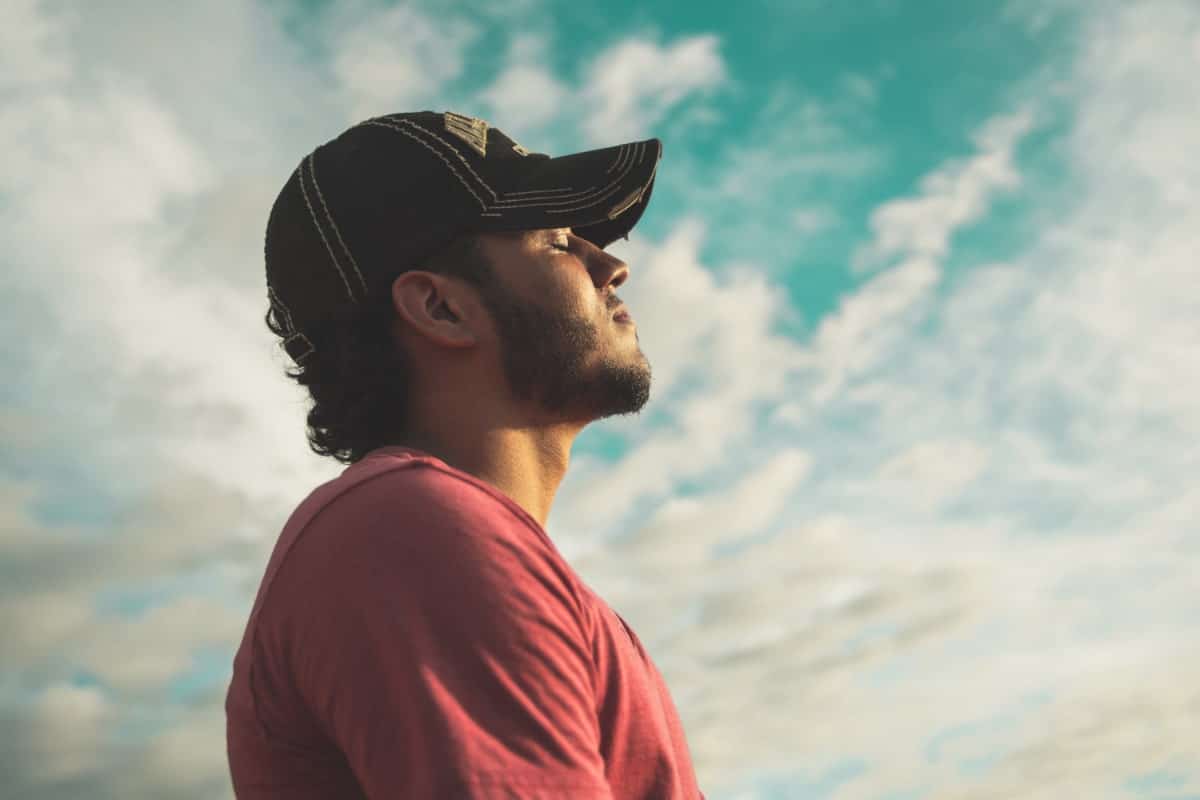